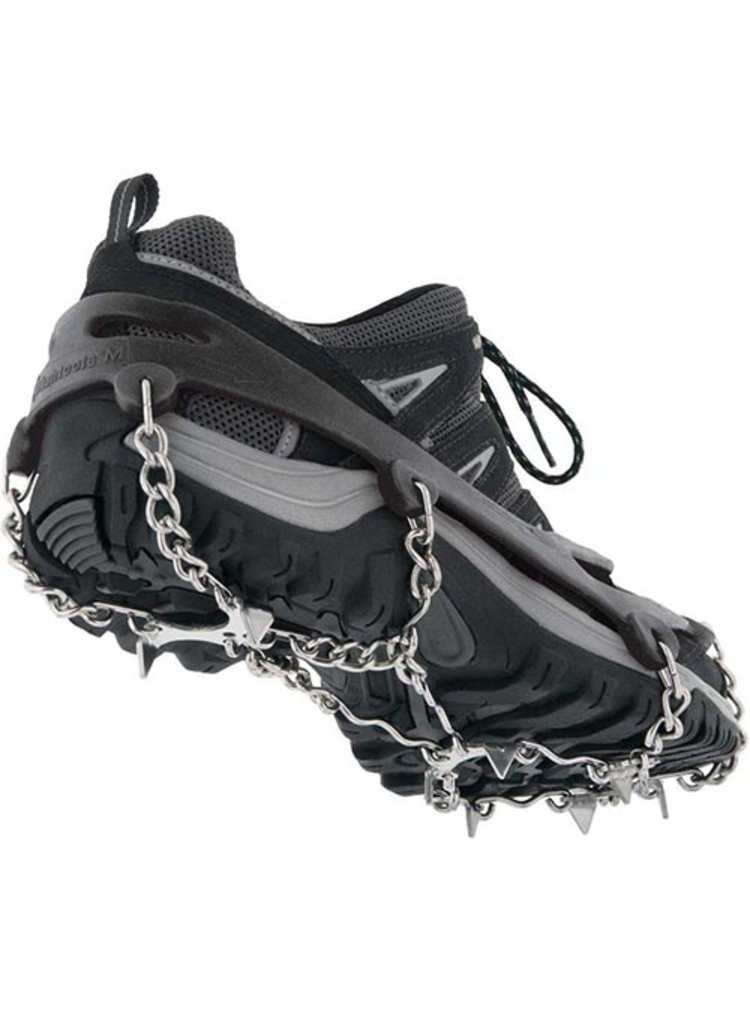 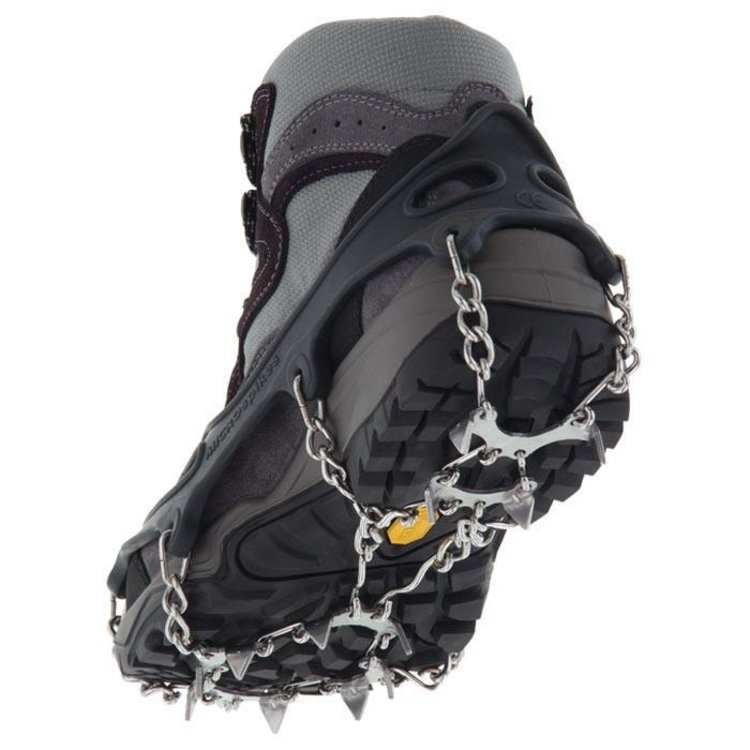 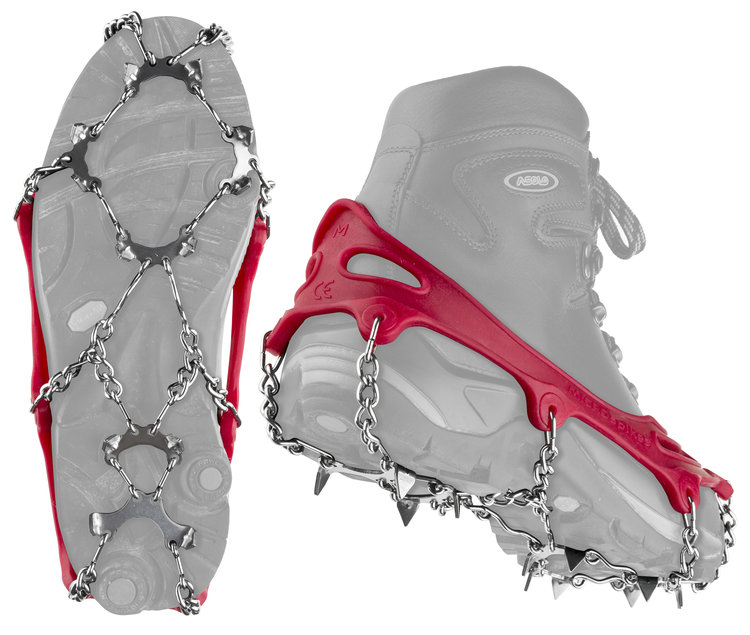 Just think – a pocket-sized ice traction system that makes any terrain, any time of year, possible. Kahtoola MICROspikes® Traction System aren’t just spikes that dig in – they’re your passport to anywhere adventure takes you. When you don’t need a full-on crampon (and we have those, too – see our KTS crampons), our MICROspikes® Traction System will get you where you need to go with ease and precision.

While our Kahtoola KTS Crampons are flexible and slightly more aggressive, our MICROspikes® Traction System is a slip-on that lets you travel safely and quickly across ice, scree, snow-covered driveways, wet rocks and anywhere else you just need a little more traction. An independent study of onine reviews found that 4 out of 5 consumers rated the Microspikes traction 5 Stars.

We’re glad you asked. Since these handy pieces of ice traction gear need to travel where you travel, we’ve brought in the reinforcements. This year’s model boasts a beefed-up elastomer, not to mention the reinforced eyelets that connect the elastomer to your traction system down below – stronger than ever! Last but not least, we’ve made putting on and taking off your MICROspikes® Traction System even easier with a new heel tab – pull on, pull off. Whichever direction you’re headed, it’s easy to get there!

How does the Kahtoola MICROspikes® Traction System Work?

This is the best part – the MICROspikes® Traction System is one piece and yes, they can fit into your pocket (a bag available). Just slip the spikes over your shoes and the built-in toe bar and flexible elastomer will keep your spikes in place, even when walking or running downhill. If you’re a wintertime runner, our spikes are an ideal take-along for any run. Don’t let winter slow down your stride when you come across some ice. grab your spikes and go - there’s nothing out of reach.

Running, walking the dog, shoveling the drive way or what ever your adventure is Kahtoola’s MICROspikes® Traction System cover it. We didn’t think it was possible to create a piece of gear that was useable in so many different conditions and lightweight, too. There is not a glove box in our parking lot without a pair of our ice traction spikes in it. They’re a multipurpose, pocket-sized slip-on that doesn’t require anything fancy to make them work. Just step your shoe or boot in and go – adventure should always be this easy!