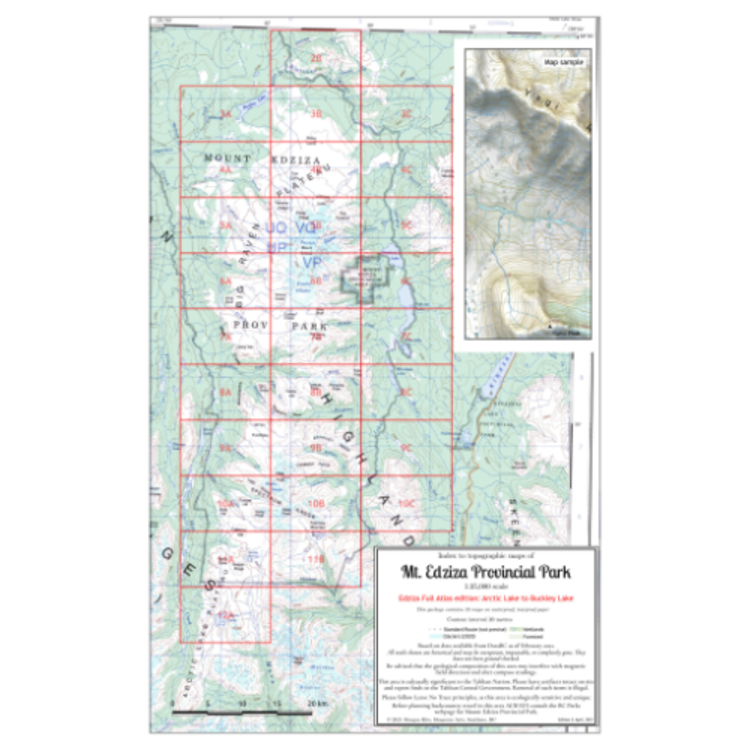 The inspiration of these maps was the difficulty that hikers have obtaining topographic maps for the park. One choice is the 1:50,000 NTS sheets (e.g., 104G07), but these are, for the most part, from the 1950s and one is a black-and-white edition. They have no shaded relief and have not been updated for decades. Another choice is the 1:20,000 TRIM maps which can be downloaded free of charge from the BC government, but they call for large sheets of paper and the cost of printing them for the entire park is in the hundreds of dollars.

The innovation here is the idea that hikers' maps can be on small pieces of paper. That is, by printing them on 11x17 paper, printing costs can be kept low. There is the accompanying convenience of making the maps easy to fold, store and carry.